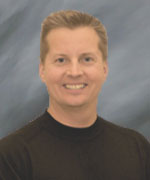 During Mr. Fleming’s in-house legal career, he has been involved in many aspects of intellectual property. He has created and managed a patent program that resulted in hundreds of issued patents.  He additionally has managed the defense of more than 40 patent assertions against his client as well as a successful patent litigation against more than 15 defendants.

Mr. Fleming is a named inventor on 38 United States Patents.

After serving as an intern in Vanderbilt University’s Computer Department and as an engineer for General Motors in the mid-1980s, Fleming joined Texas Instruments Inc. There he worked as an engineer from 1986 to 1991.

Publications and patents
Mr. Fleming has been awarded 38 patents.